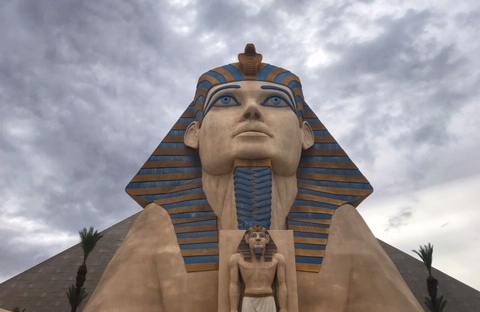 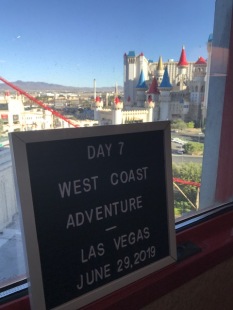 Good morning! After a fun filled evening last night with street shootouts and yummy food, we had a great nights sleep but it was once again time to move on. We are now headed to Vegas. This was a place the boys wanted to see so I figured I wanted the first time they see it to be with me so I could explain or filter as needed. Bahahahaha!

We woke up, loaded the truck once again and headed for a local coffee shop and some cafe style breakfast. I love stopping at all these little local eateries as you get to listen to the locals and try new styles or food. This is half the fun of traveling I think! 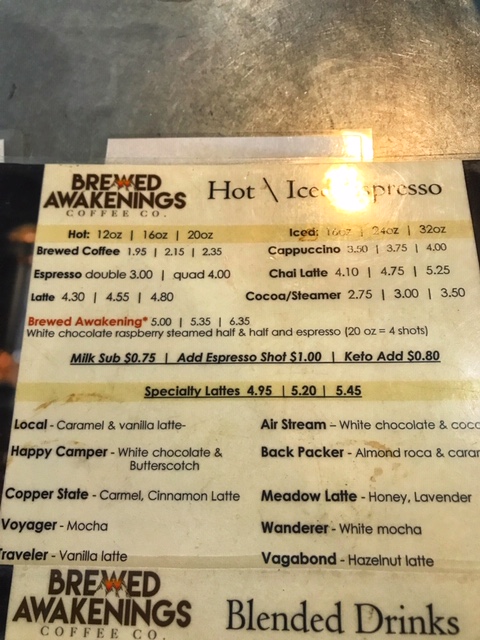 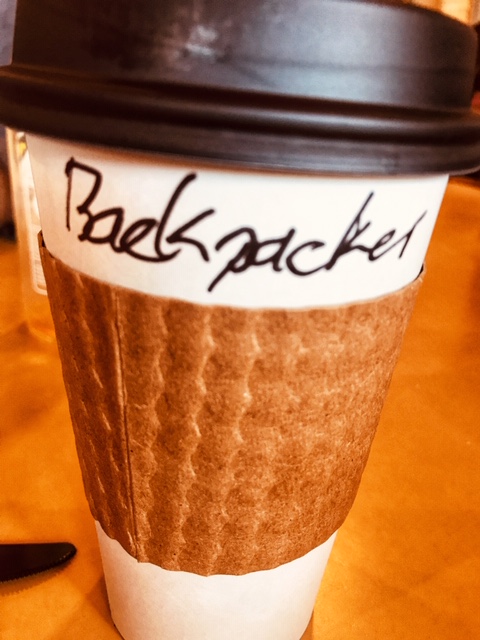 We stopped at Brewed Awakenings and it was soo yummy. They had many coffees that were named for outdoor activities like Backpacker, Wanderer and Happy Camper! My kind of place! They make heavenly egg and cheese croissants that you must try along with the normal bagels and sausage and eggs. They are located at 326 W Historic Rte 66, Williams, AZ 86046. You can find out more about their location here: https://brewedawakeningsaz.com/

I also loved this little gem in the corner of the shop…more stickers than I even have room for on my camper shell. 🙂 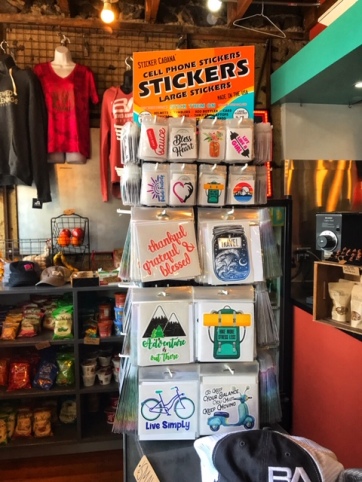 We were caffeinated up and now it was time to hit the road to the city that never sleeps! Along the way I was excited to stop at Black Canyon at Lake Mead Recreation Area where I pulled out at the end of the kayaking trip I took in March with some friends. Plus I need a new Black Canyon sticker to go on my new camper so we drove down to the beach area and checked out the gift shop. It was crazy the difference from March to July as it was 102 degrees when it was only in the 60’s when we went only a few months ago. Plus, there were people everywhere with tents and such set up for a long day of summer fun. I was going to take them to see Hoover Dam, but the line was about 200 cars long and they just wanted to get to Vegas so we skipped it. I told them they could bring their families back to that later on.

I grabbed the sticker and it was time to move on again. After just about 40 minutes or so, we arrived at the craziness. This scene is not for me at all and there’s always so many people in Vegas, it actually makes me feel a little panic attackey, but  was doing this for the boys. 🙂 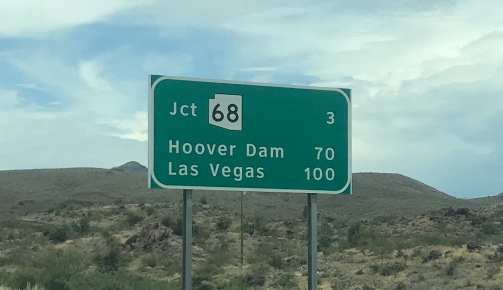 We arrived and let the valet take the truck at New York New York Casino and Hotel as I didn’t want to try and find a parking spot there and have to pug all our trunks and stuff up to the room. Valet is definitely the way to go if you drive into Vegas. It is only a few dollars more than self parking and you don’t have to worry after you hand over the keys. Once we got into our room, we were pleased to see that we had windows on two walls for a great view of the roller coaster and yes it does run until midnight every night! So we were the thrills, shrieks and screams all day and all night while we were in the room. It was fun! 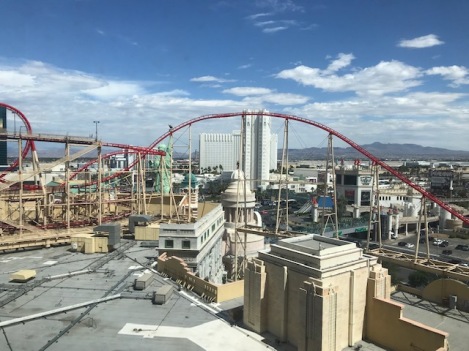 So, here is look at our hotel once we got checked in, dropped the bags and headed to explore. It was about 97 degrees but I think everyone was so excited we barely noticed. I had forgotten how expensive everything was from when Brian and I were there a few years ago. Man, water = $6 a bottle, 8 bandaids = $9, etc. We were going to drop some pretty cash here I could tell already and there were 3 of us! 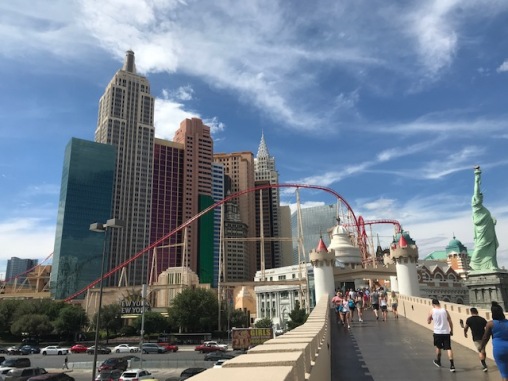 One of the things I was excited to show the guys was how cool the inside of some of the casino lobby’s were…some of them you felt like you were actually in the location they were representing like the Luxor & Paris. Brian and I have both stayed at those and I enjoyed the decor so much that I would consider those my favorites. Here are some of those stops plus the M&M store & Bellagio! 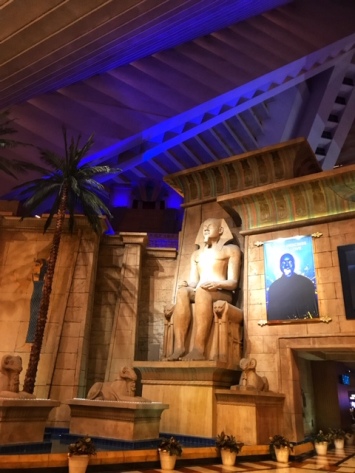 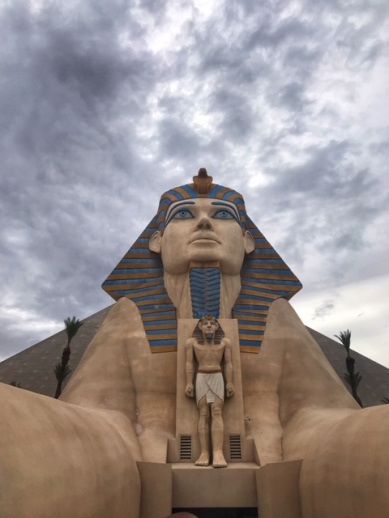 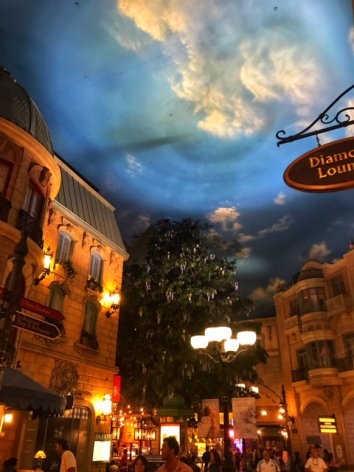 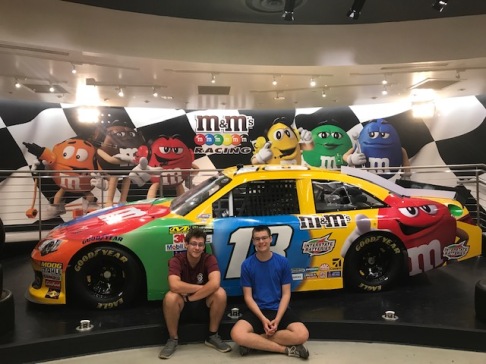 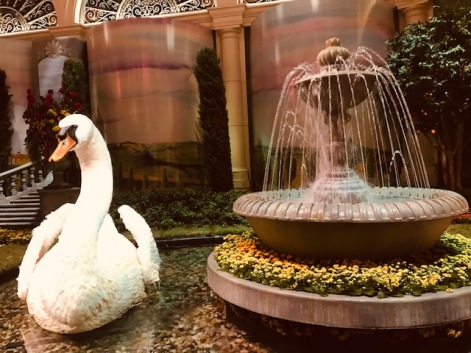 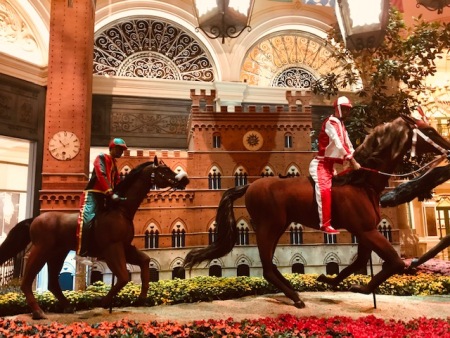 As the sun began to set, we continued to walk around as I knew they wanted to see the flashing billboards and all the lights. They were a little surprised at how many people were out and about so late. The sunset between the concrete jungle was a pretty scene that we were able to capture. 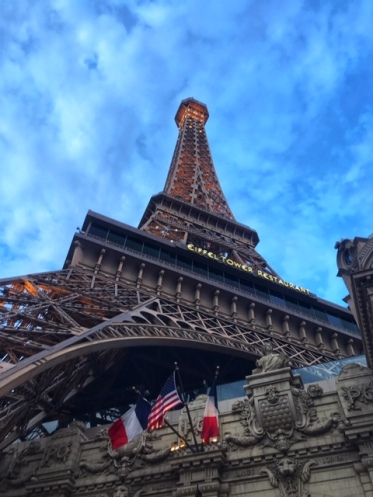 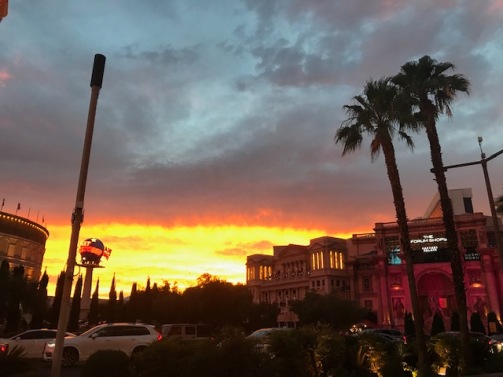 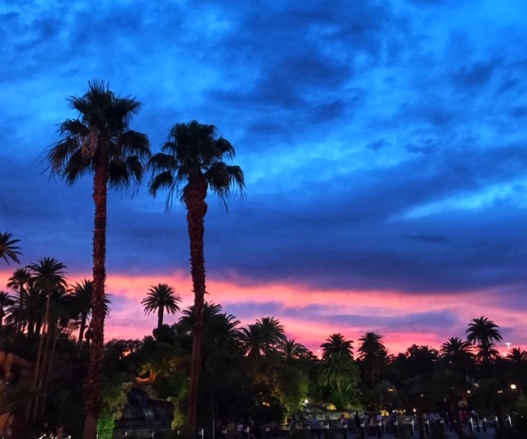 The city takes on a different vibe once the sun goes down. They have done alot of cleanup since the first time I ever came to Vegas to make it a little more family friendly. The streets were cleaner, there weren’t as many people trying to hand you risky advertisements and we saw a bunch more families and kids out after dark which was nice. 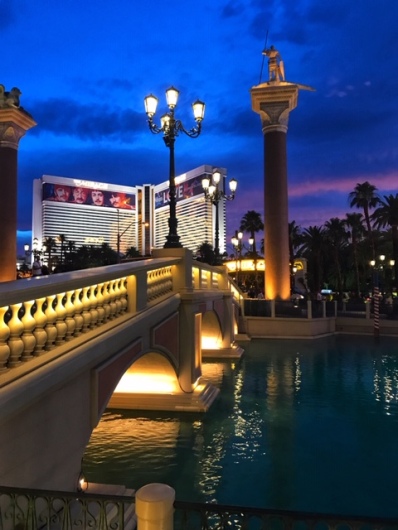 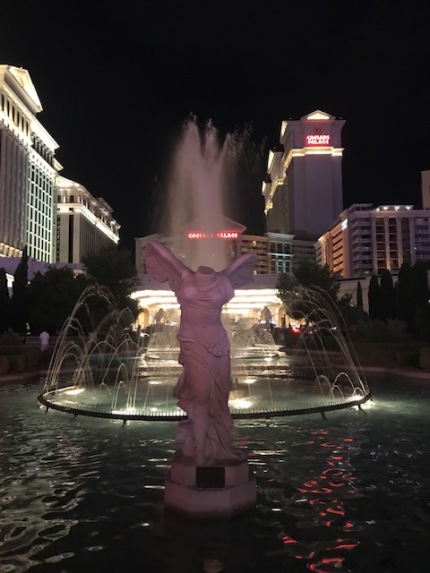 To top off the night around 11pm before we headed back to the hotel for our first night sleep on the strip, we stopped and the guys tried gelato for the first time at the Bellagio. Yummy but man! It was $70 for the dessert stop! 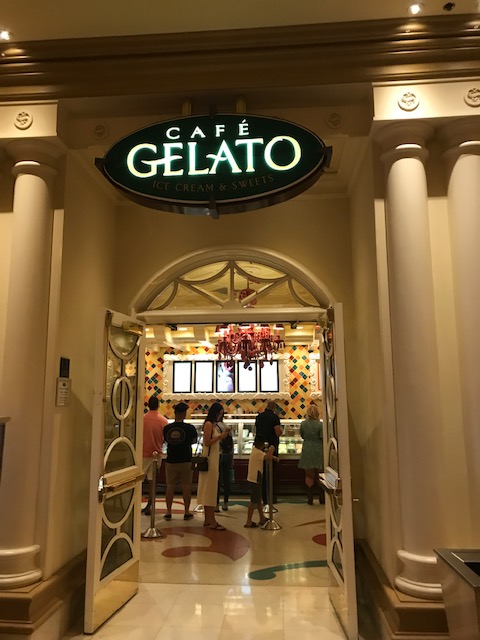 After a good nights rest and sleeping in until about 11am, it was time to hit the strip again so we walked around and saw more things.

As we headed back towards MGM where a surprise awaited the boys, we stopped and watched the famous volcano explosion. 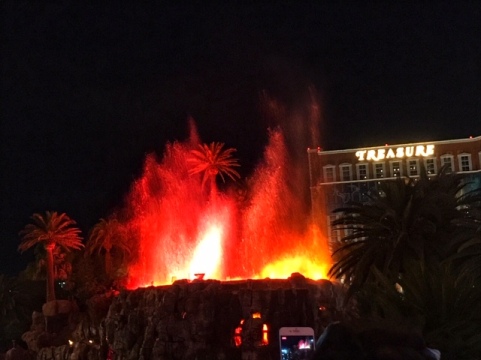 I was excited for the boys surprise coming that second evening….front row David Copperfield tickets! His show was so great! I just couldn’t believe how much older he was since I saw him last but my mom reminded me that it had been like 30 years since I saw him at the Majestic Theatre in San Antonio! Hahaha!

No pictures were allowed to be taken once the show started so these are all the pictures I was able to get of the event, but besides making a full car appear on stage, a Harley and a space ship complete with an alien, there wasn’t much left to show us! He was incredible and I think the guys enjoyed the show. It was a fun treat to top off our last evening in Vegas. We couldn’t come to the strip and not see at least one show, right? 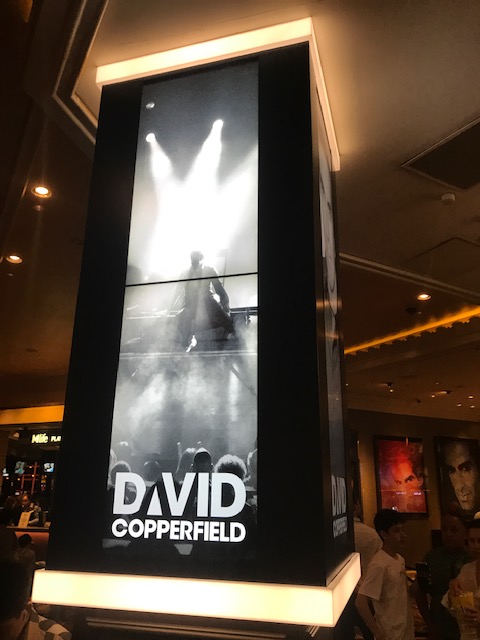 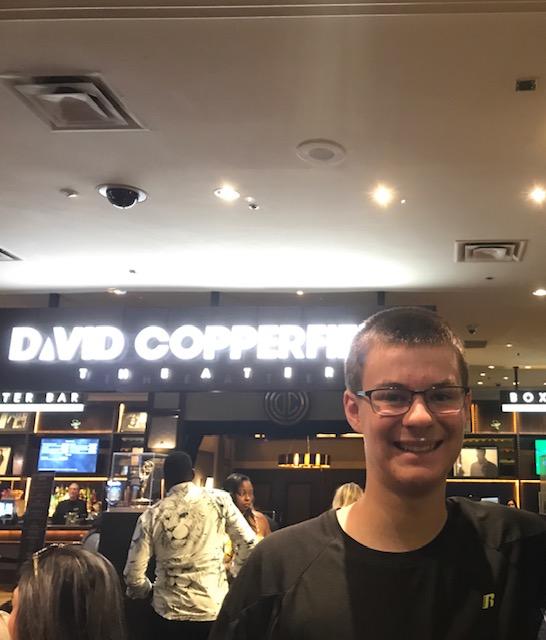 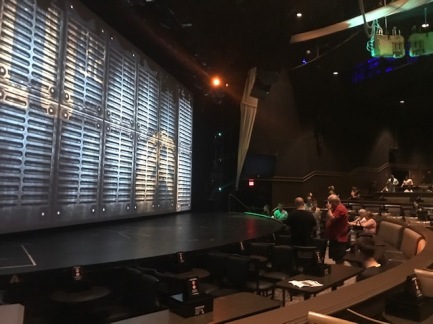 What a fun stop and the boys got to walk the length of the strip and we logged about 11 miles each day but we still didn’t get to do things like the Bodies, Titantic, 4D movie and other exhibits so I guess again they have things to do when they come back with their own families. I did get to gamble a little as I like blackjack and won about $120 so that paid for some of our dinners. Ha! Anything else that happened, I can’t tell you about as what happens in Vegas stays in Vegas. 🙂

Now it was finally time to head to some quiet and redwood grove time which is more my speed. First an overnight stop in Reno to get there which we will be heading to in the morning.

Thanks for coming along this journey with us. 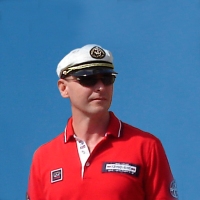 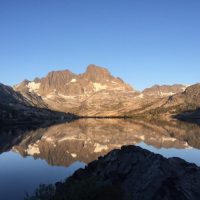 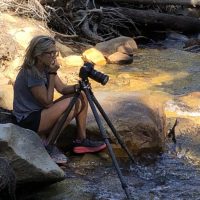 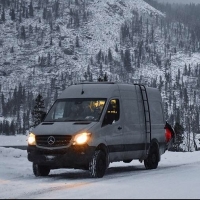 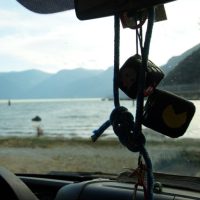 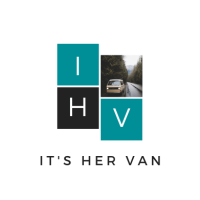